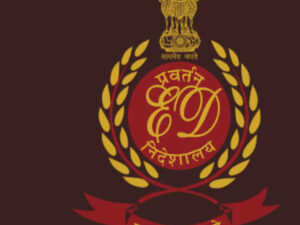 In a fresh development in connection with Delhi excise policy scam, the Enforcement Directorate (ED) on Thursday arrested two more persons.
According to sources, two businessmen from South India — Sharath Reddy K. and Binoy Babu — were placed under arrest. Both will be produced before Delhi’s Rouse Avenue Court later in the day. The ED is all set to seek their custodial remand.
Sources have also claimed that Babu and Reddy played a crucial role in the scam.
Earlier, Dinesh Arora, a close aide of Delhi’s Deputy Chief Minister Manish Sisodia had said that he wanted to be an approver in the case.
As of now four arrests have been made in the case.
“Reddy runs Arvindo Pharma firm while Babu runs Pernod Ricord firm. They are Telangana and Andhra Pradesh based businessmen,” the source said.
The CBI has made Sisodia accused number one in its FIR. The FIR has been lodged under sections 120-B (Criminal Conspiracy) and 477-A (Falsification of accounts) of the IPC. The allegations against Sisodia is that liquor businessmen were allegedly given exemption of Rs 30 crore. The licence holders were allegedly given extension according to their own will. The policy rules were made by violating excise rules.
It also said that Sisodia and a few liquor barons were actively involved in managing and diverting the undue pecuniary advantage collected from liquor licensees to public servants, who have been accused in the case.
“Manish Sisodia, Deputy Chief Minister of Delhi, Arva Gopi Krishna, the then Commissioner (Excise), Anand Tiwari, the then Deputy Commissioner (Excise), and Pankaj Bhatnagar, Assistant Commissioner (Excise) were instrumental in recommending and taking decisions pertaining to the excise policy for the year 2021-22 without approval of the competent authority with an intention to extend undue favours to the licensee post tender,” read the FIR.