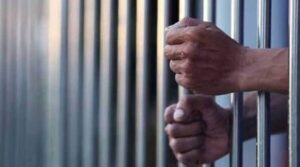 Chennai : The Avadi Police Commissionerate on Thursday arrested the correspondent of a private school in Thiruninravur in suburban Chennai after the parent of a girl lodged a complaint alleging he sexually abused her. The accused, identified as Vinoth, was produced before a judicial magistrate and sent to prison.
A senior officer of the Avadi Police Commissionerate said a complaint was filed by the parent of a class 12 girl alleging the correspondent had sexually abused the girl after calling her for special classes. Based on the complaint, the Avadi all women police, filed a case and arrested the accused, who had allegedly gone into hiding. He was arrested under the POCSO Act, the officer said.

Tags:Correspondent held for sexual abuse in a private school