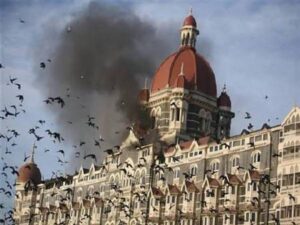 Foreign Minister Dr S Jaishnakr today remembered the victims of the 26/11 Mumbai terror attacks that shook the country at its core. Sharing a video of India’s determination to uproot the terrorism, Jaishankar said those who planned and oversaw the attack must be brought to justice.
Taking on Twitter Jaishankar wrote, “Terrorism threatens humanity. Today, on 26/11, the world joins India in remembering its victims. Those who planned and oversaw this attack must be brought to justice. We owe this to every victim of terrorism around the world.”
On November 26, 2008, 10 Lashkar-e-Taiba terrorists from Pakistan arrived by sea route and opened fire, killing 166 people, including 18 security personnel, and injuring several others during a 60-hour siege in Mumbai.