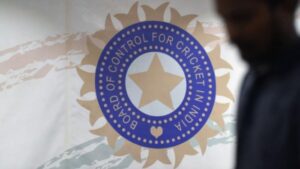 In its bid to provide tactical flexibility to the teams, the BCCI is all set to introduce the ‘impact player’ system in the upcoming edition of IPL where the captains will be able to replace one playing-XI member with a substitute player during the match.BCCI had put the system on trial during the Syed Mushtaq Ali T20 tournament in October and the move was largely welcomed by the state teams.According to sources privy to development, the matter was discussed at the IPL Governing Council on Thursday evening. The franchises have already been sent a note with regards to introduction of tactical substitution.”The matter has been discussed at the IPL GC meeting and BCCI will share the details soon,” an IPL franchise source told PTI on conditions of anonymity.While the exact details are awaited, the playing regulations, followed during the Syed Mushtaq Ali Trophy, would be adopted.According to the ‘impact player’, a team can have four pre-decided substitute players who can be pencilled as “tactical substitutions” and one of them can be used in a match situation.However any such substitute has to be introduced, if required, into the match before or by the end of the 14th over of a team’s innings.The 2023 IPL will played between April and October.