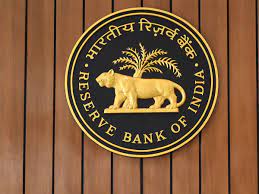 Mumbai: Given the record government borrowing plan of Rs 14.3 lakh crore for FY23, the Reserve Bank of India (RBI), which already holds as much as 17 per cent of the Rs 80.8 lakh crore outstanding government bonds, will have to find buyers for at least Rs 2 lakh crore, as banks typically opt for short-term debt of under 10-years, according to a report.

With Rs 80.8 lakh crore outstanding government bonds, the RBI is the second-largest holder of them after financial institutions.

According to a report by SBI Research, the government securities maturing by 2061 are worth Rs 80.8 lakh crore as of the end of January. Of this, 37.8 per cent are held by banks, 24.2 per cent by insurers, which means 62 per cent of them are held by them, and the monetary authority holds as much as 17 per cent.

As against this, the foreign ownership of G-secs are a paltry 1.9 per cent. This is the lowest among its peers as in Brazil, it is a high 44.5 per cent, 41.1 per cent in Mexico, 35 per cent in South Africa and 10.5 per cent in China, said the report.

It also pointed out that had the government allowed the G-Secs inclusion into international bond indices, as widely expected, this will have seen at least Rs 1.5 lakh crore/ USD 15-20 billion of additional ownership by foreigners, helping the RBI manage the borrowing programme easily.

The outstanding dated government securities stood at Rs 80.76 lakh crore as of the end of January 2022, which are due for redemption till 2061.

However, the overall share of banks has dwindled by 10 percentage points since March 2010 when they held 47.25 per cent as banks lean more towards shorter tenor, preferably for 10 years or below offerings, leaving the higher tenors for insurance companies and others with analogous appetite, said the report pencilled by SBI Chief Economic Advisor Soumya Kanti Ghosh.

Ghosh also said the large size of the FY23 market borrowings at Rs 14.3 lakh crore and with no progress on the inclusion of G-secs in the global bond indices yet begs the question of whether the RBI might have to delay the liquidity normalisation in an effort to support the large borrowings programme.