Mumbai : IPL 2022 has reached its business end and Tuesday will witness the first of the three playoff matches of the season. Table t 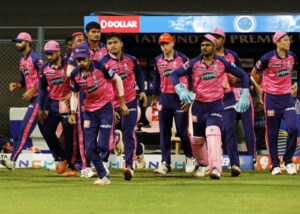 oppers Gujarat Titans will take on second placed Rajasthan Royals with an eye on the spot in the final. The match will be played at the Eden Gardens in Kolkata, which will be hosting its first IPL match of the season.

Going into the match, both teams will be hoping for their experienced players to come good. Titans have a clutch of impact players in their line-up while Rajasthan have the two best performers with bat and ball this season in their camp in Jos Buttler and Yuzvendra Chahal.

Former New Zealand captain and Ex-RCB coach and captain Daniel Vettori things Sanju Samson’s team holds a slight edge over Hardik Pandya because of the presence of three seasoned bowlers who could use their experience on a big match day.

I love the Ashwin-Chahal combination, I think that gives Rajasthan something special through the middle. So, I think Rajasthan are just a little bit in front because of those two and Trent Boult. There’s nothing to take away from the Gujarat bowling line-up but I think Rajasthan just have the edge, Vettori said on ESPNCricinfo’s T20 Timeout Show.