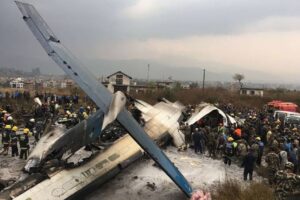 Rescuers pulled out 14 bodies from crashed Tara Air plane in Nepal. A team led by Nepal police inspector Raj Kumar Tamang reached the crash site by air and began rescue works.  Some of the bodies of the passengers are beyond recognition, say reports.

Search and rescue teams are at the site going through the wreckage, Prem Nath Thakur, the general manager of Kathmandu’s Tribhuvan International Airport, said. After all the passengers have been found, their bodies will be sent to Kathmandu.