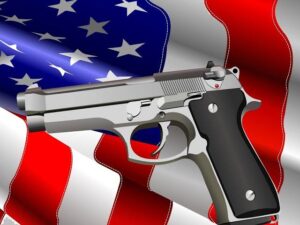 Amid increased incidents of mass shootings in the United States, protestors gathered in Washington DC as well in cities across the country to demonstrate against gun violence, reported local media.

The protest organized by “March for Our Lives” comes as a reprise of student-sponsored demonstrations that drew hundreds of thousands of people in 2018, after a 19-year-old gunman opened fire at Marjory Stoneman Douglas High School in Parkland, Florida, killing 17 and wounding 17 others, according to New York Times report.

No more, David Hogg, a March for Our Lives co-founder and a survivor of the Parkland shooting, said on Twitter.

It’s time democrats, republicans, gun owners and non-gun owners come together and start focusing on what they can agree on, he stated continuing the thread, New York Times reported.