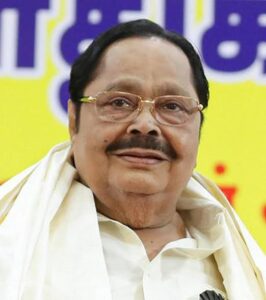 Water Resources Minister Duraimurugan inaugurated flood mitigation works to be carried out at the estimated cost of Rs 165 crore.

According to the officials of Water Resources Department (WRD), the works will be completed by the end of July.

“The Madhurapakkam and Ottiyampakkam canals which are the main source of drainage of flood water has been blocked due to urbanisation and high-rise buildings resulting in water entering residential areas. The works will ensure that the blockades are cleared and the excess water will be drained into Pallikaranai Marsh,” said Duraimurugan, after inaugurating the mitigation works.

“Once the six desilting works are completed and the two canals are linked with Pallikaranai Marsh there will be no floods in southern part of the city,” said Duraimurugan.