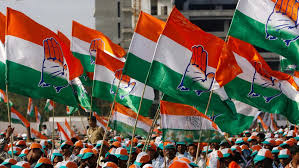 Congress MPs and leaders will sit on a Satyagraha at the Jantar Mantar in New Delhi Sunday morning in solidarity with the youths protesting against the Agnipath scheme for recruitment in the armed forces.

Youths across the country have taken to the streets against the contentious scheme, and incidents of violence have been reported from several cities and towns.

Sources said Congress MPs, its working committee members, and All India Congress Committee office-bearers will be part of the “Satyagraha” that begins at 10 AM at Jantar the Mantar on June 19.

“The decision was taken as the Agnipath scheme has enraged the youths of our country and they are protesting on streets,” a party leader said.