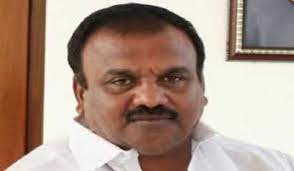 Chennai: Officials of the Directorate of Vigilance and Anti-Corruption (DVAC) conducted raids at the premises of former AIADMK Namakkal MLA KPP Baskar and his wife for allegedly amassing wealth to the tune of Rs 4.72 crore disproportionate to their known sources of income.

The DVAC after registering cases against Baskar and his wife for amassing wealth during April 28, 2016 to March 15, 2021, conducted searches at his residence in Namakkal at other places.

Raids were also on at the premises of his family members, relatives, friends, and associates.

In all raids were on in 26 locations linked to the former Legislator, a DVAC release said.

Raids are on at 24 places in Namakkal and one each in Madurai and Tirupur, the release said.