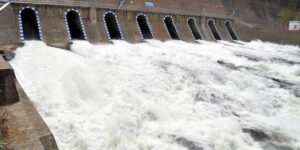 A 57-year-old man was arrested in Tamil Nadu’s Salem district on Saturday for allegedly making a hoax call in an inebriated condition to blow up the Mettur dam.
The Police Control Room in Chennai had received a brief call on Friday night that a bomb placed at the dam will explode and the call was immediately disconnected. Based on the phone call, police in Salem and Coimbatore sounded alerts.
The Bomb Detection and Disposal squad immediately rushed to Mettur and carried out searches in and around Stanley reservoir throughout the night and also beefed up security in the entire area, they said.
The call was traced to Mecheri, about 15 kilometers from Mettur, where 57-year-old Mahalingam was arrested, police said.