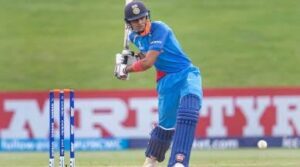 Sikandar Raza gave India a mighty scare as he revived Zimbabwe’s chase of 290 with a superlative century. However, he fell on 115 in the 49th over following which the hosts were bowled out or 276. For India Avesh Khan took 3/66 while Axar Patel, Kuldeep Yadav and Deepak Chahar took two wickets each. Earlier Shubhman Gill scored a big hundred to help India post a competitive total.
Team India skipper KL Rahul, said, ‘ Feels good, we came here with a good ideas. We wanted to be out in the middle and use this time. They have been very professional, very happy with the result. They took the game deep, we would have liked to finish the game earlier. The bowers were tested and they held their nerves. Fielded about 120 overs, got some time out in the middle with the bat. I am tired coming back after a couple of months. But this is what we all want to do, playing for India. (On Gill) He’s been batting well since the IPL. Very pleasing to the eye. Not seen him over-confident. That requires composure, to show that kind of temperament is good’.