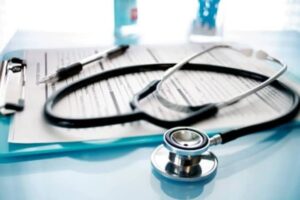 The National Testing Agency (NTA) has decided to conduct NEET again for girl students, who were allegedly forced to remove their undergarments before entering an exam centre in Kollam district of Kerala last month, official sources said on Saturday.
The re-examination would be held on September 4, said the sources.
“The NTA has allowed the affected students to re-appear for the National Eligibility Entrance Test (NEET) on September 4 in Kollam. Besides Kollam, re-examination will be held for the affected candidates of two centres in Rajasthan, two in Madhya Pradesh and one in Uttar Pradesh,” they said.
The issue of forcing the girls to remove their innerwear before entering an exam centre in Kollam district on July 17 created a huge uproar across the country.
Seven people, including five women, were arrested in connection with the removal of undergarments in the name of frisking to curb exam malpractice.