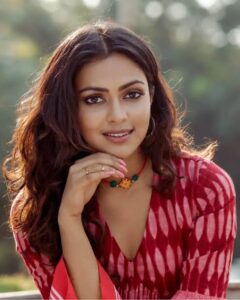 A middle-aged hailing from Rajasthan was arrested  following a complaint by  actress Amala Paul that the man has been demanding money from her and threatened to release her pictures in social media. She also said that she once forged a partnership with him to start start a production house but due to differences chose to break all ties.
A complaint was filed by the actress with Villupuram Superintendent of Police alleging that the man is trying to tarnish image by releasing pictures taken with her without her consent in social media.
Following enquiry, police arrested him and cases have been filed under 16 Sections.