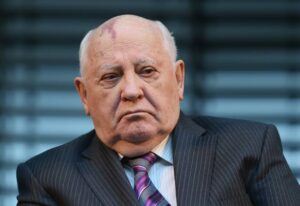 Former Soviet President Mikhail Gorbachev, who ended the Cold War but failed to prevent the collapse of the Soviet Union, died on Tuesday at the age of 91, according to the Russian news agency.
Sputnik News Agency citing the hospital stated that he died after a serious and long illness.
“Mikhail Sergeevich Gorbachev died this evening after a serious and long illness,” the agency citing the Central Clinical Hospital said on Tuesday.
Mikhail Gorbachev was the last leader of the United Union of Soviet Socialist Republics (USSR).
He was a young and dynamic soviet leader who wanted to reform the communist regime along the lines of democratic principles by giving some freedom to citizens.