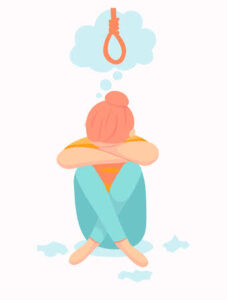 Tamil Nadu has recorded the second highest number of suicides after Maharashtra in the country in 2021, according to a data. This was stated by the National Crime Records Bureau (NCRB) data released on Monday. According to NCRB, Tamil Nadu reported 18,295 suicides in 2021 after Maharashtra which reported 22,207 cases. Tamil Nadu’s suicide cases have shown a 0.5 per cent increase when compared to the figures for 2020. The number of suicides in Tamil Nadu is 11.5 per cent of the national figure. The state topped the suicides mainly due to family disputes/issues with a figure of 8,073 deaths. The state is followed by Maharashtra with 7,693 deaths.