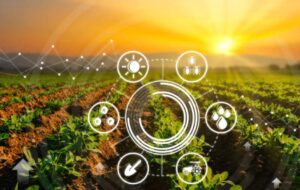 Technology is all pervasive. At present, people cannot imagine of any sector without technology and agriculture is no exception. In India the agritech sectors technological innovations are generating investment opportunities by increasing efficiencies and overall productivity.Union Minister for Agriculture and Farmers Welfare, Narendra Singh Tomar, recently said the administration is constantly working to improve a lot of the nation’s small farmers.The minister informed that the government has started the work of creating 10,000 new Farmer Producer Organisations (FPO), for which Rs 6,865 crore is being spent. He said that it is being done keeping in mind the 86 per cent of small farmers in the country, who are unable to invest much.According to India Brand Equity Foundation, from 2017 to 2020, India received around $1 billion in agritech funding. With significant interest from the investors, India ranks third in terms of agritech funding and number of agritech startups. By 2025, Indian agritech companies are likely to witness investments worth $30-35 billion.

The Indian agritech ecosystem has the potential to attract investments of over $10 billion over the next ten years, according to a FICCI-PwC report.Despite being a pandemic year, investors pumped in more than $500 million in agritech arena in 2020, compared to $248 million in 2019.”With a significant rise in investment activity and looking at the huge market potential of agritech in India, industry experts estimate that there will be investments of over and above $10 billion in the next ten years,” the report said.It further said the government has been exhibiting its commitment to bring policy reforms in agriculture and allied sector and bolster the agri startup ecosystem. The recently-launched agri reforms are a step in this direction and endeavours to disintermediate the complex agri-supply chain, it observed.Further, to attract investments and build a robust agri startup ecosystem going ahead, the report said impetus is needed strategic key areas such as infrastructural enablement, product innovation, supporting entrepreneurship and incubation, enhanced co-creations and institutional support.According to a study by PriceWaterhouseCoopers (PwC), agriculture remains a high-priority sector of the Indian economy, accounting for the livelihoods of around 58 per cent of the country’s population. It also occupies a prominent position in the global economy and contributes 11.9 per cent of the gross value added (GVA) in global agriculture ($3,320.4 billion), second only to China.

The supply-and-demand analysis for food reflects that in spite of a 50 per cent increase in crop production in the last 10 years, the rate of increase of food production will not be sufficient enough to feed the increasing global population which is projected to reach approximately 10 billion by 2050. Thus, the agriculture industry’s productivity needs to be accelerated.Technology has become critical in driving all major global economies forward. All sectors, including agriculture, are innovating to address complex problems. India, being one of the largest economies in the world, is no exception and witnessing a huge technological transformation since the last two decades. Flagship programmes like ‘Digital India’ and ‘Startup India’ have resulted in the country becoming the third-largest startup ecosystem in the world, growing at a year-on-year (YoY) rate of 12–15 per cent.