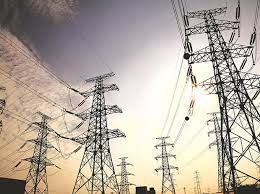 Power tariff in Tamil Nadu is cheap compared to other States, State Electricity Minister Senthil Balaji said on Friday.The picture would be clear if one compared the tariff paid in 2010 and the revised one and also the tariff in other States, he told reporters here.The previous regime increased the tariff by 64 per cent, whereas the present DMK government hiked only Rs 55 per two months for 63 lakh consumers, he said.As far as the powerloom job working unit owners are concerned, the weavers in Tamil Nadu are getting the cheapest power compared to other States and only 70 paise is increased in the revised tariff, he said adding that they can also compare the rates during the AIADMK period with the present rate, Senthil Balaji said.The revised power tariff of the Tamil Nadu Generation and Distribution Corporation Ltd (TANGEDCO) came into effect last Saturday despite opposition by various political parties.The new tariff, approved by the Tamil Nadu Electricity Regulatory Commission (TNERC), however, retained the existing scheme of providing 100 units free to domestic, multi-tenements, old age homes and handlooms consumers.To a question on DVAC raids on the premises of former AIADMK Minister S P Velumani, he said one should compare the affidavit filed by those in power in 2016 in their Assembly election nominations with the ones in 2021 and the increase in the assets.

Tags:Power tariff in TN lower than in other Statessays minister