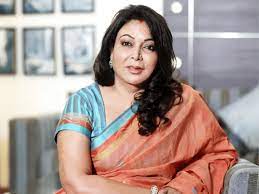 The CBI on Wednesday told the Supreme Court that no criminality has been found in the taped conversations of former corporate lobbyist Niira Radia with a range of politicians, industrialists, and government officials.Additional Solicitor General Aishwarya Bhati, representing the Centre, contended before a bench headed by Justice D.Y. Chandrachud that the court had directed the CBI to investigate all these conversations and 14 preliminary inquiries were registered and the report was placed before the court in a sealed cover.

Bhati said: “No criminality was found in those. Also, now there are phone-tapping guidelines in place.”The CBI had submitted a sealed cover report in 2015 regarding the outcome of the court-ordered probe and the case wasn’t taken up by the apex court in all these years.”The outcome of the investigation has also been forwarded to the departments concerned,” Bhati submitted before the bench, also comprising Justices P.S. Narasimha and Hima Kohli.