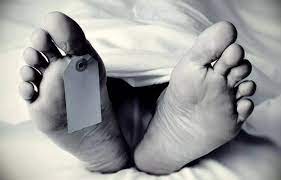 Chennai: Devaraj, younger brother of Tamilnadu HR & CE Minister Sekar Babu ended his life by hanging from the ceiling of his house in Chennai. Sources say he chose to take the extreme step as he was suffering from unbearable pain.

His body has been take for postmortem tp Kilpauk.Government Hospital. His blast rites will take place later today. Supporters of the Minister rushed to his residence to express condolences on hearing the news.