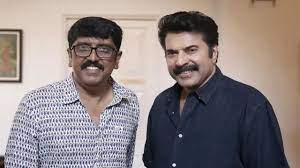 The thriller ‘Christopher’ which stars Malayalam superstar Mammootty in the role of a cop, recently wrapped up its filming. Directed by B. Unnikrishnan, the film also stars Amala Paul.On the last day of the shoot, the cast was seen posing for pictures together. The film began its production on July 10, 2022 with the Malayalam superstar joining the cast and the crew a week later on July 18. The film has been shot across Ernakulam, Pooyamkutty and Vandiperiyar, which lie in the south of Kerala.Amala is a huge fan of Mammootty and working with the senior actor was a dream come true for her. Not only did she have a great time working with Mammootty, but she was also amazed by the director’s fast-paced but productive working style, a source close to her said.Amala Paul’s last film, the thriller murder mystery ‘Cadaver’, which she produced as well, has been getting a lot of positive response and is also one of the highest-rated movies on its streaming platform of Disney+ Hotstar.Amala will next be seen playing the lead along with Kalidas Jayaram and Dushara Vijayan in ‘Kaadhal Konjam Thookala’ and is currently shooting for the movie in London.