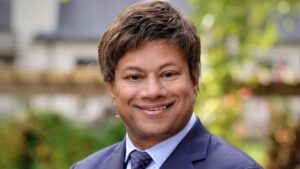 Entrepreneur-turned-politician and Democrat Shri Thanedar became the fifth Indian-American to be elected to the US House of Representatives, and the first from the state of Michigan, pipping Republican candidate Martell Bivings.Thanedar, 67, currently represents the third district in the Michigan House. He won 84,096 votes, while Bivings received more than 27,366 votes. He defeated a crowded field of Democrats running for the open seat, including state Rep. Adam Hollier, Portia Roberson, John Conyers III and Sherry Gay-Dagnogo. He thus becomes the fifth Indian-American to be elected to the US House of Representatives.The other four being Dr Ami Bera, Raja Krishnamoorthi, Ro Khanna and Pramila Jayapal, all of whom are expected to be re-elected for the next Congress. In 2018, he made an unsuccessful bid for Michigan’s governor position. Thanedar’s win is inspirational, as it represents a quintessential rags-to-riches story, having arrived in the US in the 70s with just USD 20.After losing his father, Thanedar worked as a janitor to support his studies and family, before working as a scientist at the Bhabha Atomic Research Centre in Mumbai, India. A proud Maharashtrian, Thanedar grew up in Belgaum in Karnataka. He came to the US in hopes of becoming a successful businessman and now wants to serve the community he lives with.”I’ve achieved the American dream. But what I noticed is that the American dream is not accessible to many people, especially in urban areas, in the black and brown communities. So, my motivation was to enter public service. I feel that I’ve been blessed, I have done well for my family, and it’s time for me to give back,” he told PTI in an interview.”This country that I immigrated to has given me so much, and I felt that I cannot continue accumulating wealth. It is time for me to give up my business and enter public service so I can give back,” he added.Responding to a question on India-US relationship, Thanedar said America needs to have a strong relationship with other democratic countries. “We need to protect our democracy across the world, whether it is India, or whether it is Israel,” he said. Israel is also an ally of the US and that democracy is surrounded by a lot of adverse countries.