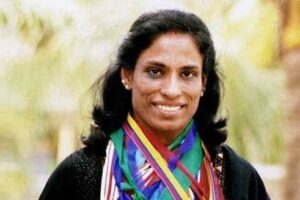 Legendary athlete PT Usha has been elected as the President of the Indian Olympic Association (IOA).
Union Law Minister Kiren Rijiju, previously the Union Sports Minister, congratulated the athlete on her election.
“Congratulations to legendary Golden Girl, Smt. P T Usha on being elected as the President of Indian Olympic Association. I also congratulate all the sporting heroes of our country on becoming the office bearers of the prestigious IOA! A nation is proud of them!,” tweeted Rijiju.