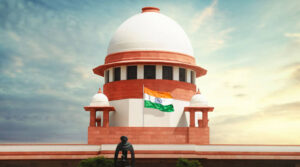 Bilkis Bano on Wednesday approached the Supreme Court challenging the premature release of 11 men convicted of gangraping her in the 2002 Gujarat riots.
Bilkis Bano filed a review plea against the May order of the Supreme Court which allowed the Gujarat government to apply the 1992 Remission Rules to release the 11 convicts.
Her lawyer mentioned the matter before Chief Justice of India DY Chandrachud for listing. CJI said he will examine the issue whether both pleas can be heard together and if they can be heard before the same bench. The Gujarat government had released 11 men, who were sentenced to life imprisonment, on August 15 this year.
All the 11 life-term convicts in the case were released as per the remission policy prevalent in Gujarat at the time of their conviction in 2008.