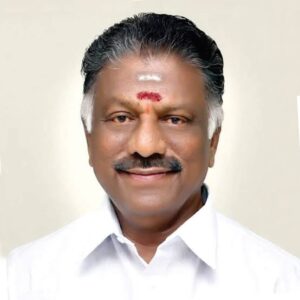 Former Tamil Nadu Deputy chief minister O Panneerselvam on Monday hinted at the reunion with All India Anna Dravida Munnetra Kazhagam (AIADMK) when he said that the party could grow only if “we reunite”.After paying floral tribute to former chief minister J Jayalalithaa at Jaya Memorial in Chennai, Tamil Nadu, ousted AIADMK leader O Pannerselvam said, “Only if we reunite can we grow the party together.”The six times chief minister of Tamil Nadu Jayalalithaa died on December 5, 2016, after undergoing treatment at a hospital in Chennai.Last month, expelled AIADMK leader O Pannerselvam had said that AIADMK is an organization which was created by cadres and it should function with unity.He also refuted the claims about BJP trying to keep AIADMK cadres divided and make entry into Tamil Nadu politics, and said, “I do not believe that the BJP is planning to occupy the AIADMK’s place by creating confusion in the party. No one can divide AIADMK and its cadres, and no one can threaten its unity also.”On Friday, AIADMK staged a hunger protest against price rise, power tariff hikes, and property tax hikes in Coimbatore. AIADMK interim general secretary Edappadi Palaniswami took part in the protest.

Tags:can we grow the party together: OPSOnly if we reunite