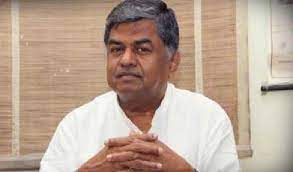 Under fire over his “prostitute” remark, senior Karnataka Congress leader B.K. Hariprasad on Friday made a U-turn denying that he had used the word in a political context. “If proved otherwise, I would resign from the post,” he added. On January 4, while criticising MLAs who switched over to BJP from Congress and JD(S) leading to collapse of coalition government in the state, the Minister said, “Women who sell their bodies for livelihood are called prostitutes, but what will you call the legislators who sell themselves?”. His statement drew sharp reactions from across the state. “I have great respect for sex workers. I have not behaved in an undignified way with women at any point. I know how to respect them,” he stated. The Congress leader likened Prime Minister Narendra Modi’s request to masses not to hate Muslims to a demon reciting Bhagavad Gita. There is a big difference between Hindu religion and Hindutva, he said. Unlike BJP, Congress is not controlled through Nagpur. “I know PM Modi and Amit Shah personally. I have the courage to tell their complete history. Communal violence is seen once in a week in the backdrop of elections. The quality of education has dropped due to NEP, Hariprasad stated.