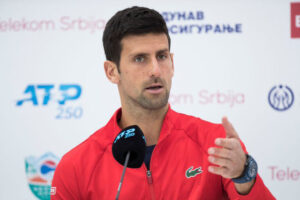 London : Novak Djokovic will be allowed to defend his title at Wimbledon, despite not being vaccinated against Covid, because the shots are not required to enter Britain, All England Club chief executive Sally Bolton said.

Djokovic, a 34-year-old Serb who is ranked No. 1, missed the Australian Open in January after being deported from that country because he was not vaccinated against the illness caused by the coronavirus that has led to the deaths of millions during the pandemic that began in 2020.

During the annual spring briefing ahead of Wimbledon, which starts on June 27, Bolton said that whilst, of course, it is encouraged that all players get vaccinated, It will not be a condition of entry to compete at the grasscourt Grand Slam tournament this year.

Meanwhile, Nadal will play the Madrid Open after recovering from a rib injury that sidelined him for a month, the Spaniard said.

Nadal had been recovering from a stress fracture he sustained while playing at Indian Wells in March. His loss to American Taylor Fritz in the final of that tournament ended a run of 20 consecutive wins for Nadal, including a record 21st Grand Slam title when he won the Australian Open.

Nadal missed tournaments in Miami, Monte Carlo and Barcelona because of the injury.

Despite arriving with minimum preparation and (knowing) that it will be difficult, I am very excited to play and to play in front of a home crowd, even with few chances (to win), Nadal wrote in Spanish on Twitter. I will try to do it the best I can. See you in Madrid.