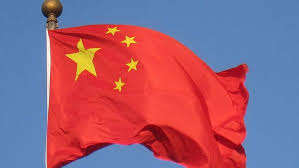 China’s defense minister complained to his American counterpart about the latest US arms package for Taiwan and warned of a possible conflict over the self—governing island that China claims as its own territory.

China “firmly opposes and strongly condemns it,” and the Chinese government and military will “resolutely smash any Taiwan independence plot and resolutely safeguard the reunification of the motherland,” Wei said.

China and Taiwan split during a civil war in 1949 and China threatens to use force to annex the island republic.

Despite their lack of formal diplomatic ties, Washington is Taiwan’s strongest backer and source of arms, and US law requires it to treat threats to the island as matters of “grave concern.” In the latest arms package, the US announced Wednesday the sale of parts for Taiwanese naval ships at an estimated cost of $120 million.

“The proposed sale will contribute to the sustainment of the recipient’s surface vessel fleet, enhancing its ability to meet current and future threats,” the State Department said in its announcement of the sale.