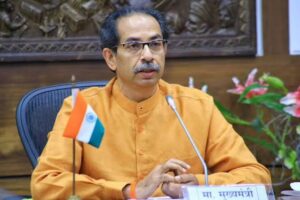 All eyes are now on Maharashtra Chief Minister and Shiv Sena chief Uddhav Thackeray as to how will he tackle the leadership crisis within his party and save the MVA coalition government. As the rebels led by Eknath Shinde staying in Assam, have gained more strength, the Shiv Sena has thrown indications that Uddhav may quit as CM and the party is ready to sit in the opposition.

NCP chief Sharad Pawar said the fate of the MVA government will be decided on the floor of the Maharashtra Legislative Assembly and not in Assam. He also expressed confidence in winning the trust vote.

More MLAs are expected to join Eknath Shinde in Assam. The development comes as 37 rebel MLAs camping in Guwahati declared Eknath Shinde as their group leader in the legislature in a letter to Maharashtra Assembly’s Deputy Speaker Narhari Zirwal. Eknath Shinde has the support of 44 MLAs so far, out of which 37 are from Shiv Sena and 7 Independents.