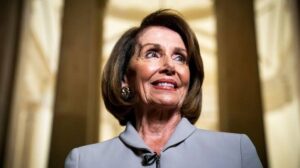 Shortly after US House Speaker Nancy Pelosi landed in Taipei on Tuesday, 21 Chinese military aircraft flew into the southwestern part of Taiwan’s air defence identification zone (ADIZ), as confirmed by Taiwan’s Ministry of National Defense (MND). Taking to Twitter the Defence Ministry said, “21 PLA aircraft (J-11*8, J-16*10, KJ-500 AEW&C, Y-9 EW and Y-8 ELINT) entered Taiwan’s southwest ADIZ on August 2, 2022.” In response, Taiwan scrambled a combat air patrol, sent radio warnings, and deployed defence missile systems to track the Chinese military planes, the MND said.Pelosi landed in Taiwan on Tuesday as part of a Congressional delegation’s tour of the Indo-Pacific region in the face of the China threat. Minutes after her aircraft landed in Taipei, the Chinese People’s Liberation Army (PLA) announced that it would hold six live-fire military drills in waters around Taiwan, scheduled to take place from Thursday to Sunday.In response to China’s announcement of the drills, Taiwan’s Defence Ministry said that China’s plans to hold six live-fire military drills in waters around Taiwan over the next few days are an attempt to threaten Taiwan’s major ports and metropolitan areas. “This unilateral effort to undermine regional peace and stability will not help China’s international image and will hurt the feelings of people on both sides of the Taiwan Strait,” the MND said in a statement, while strongly condemning the Chinese plans, reported Focus Taiwan.

It further said that the PLA’s planned drills show its mentality and how it resorts to force to resolve differences and undermine regional peace and stability. However the ministry is closely monitoring the PLA’s movements and will respond appropriately to any actions by the Chinese military, MND added.