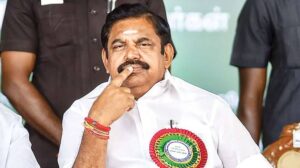 The Supreme Court set aside a Madras High Court order of a CBI probe into allegations of corruption against then Chief Minister and AIADMK leader Edappadi K Palaniswami in awarding contracts in the state highways department.
A bench comprising Chief Justice N V Ramana and Justices Krishna Murari and Hima Kohli asked the high court to decide the complaint against Palaniswami without being influenced by earlier observations or orders passed in this matter.
The high court, after taking note of the plea of DMK leader R S Bharathi against Palaniswami, had in October 2018 passed the order transferring the probe on his complaint of tender irregularities to CBI for “fair, reasonable and transparent probe”.
Palaniswami moved the top court against the high court order which was stayed.
Senior advocate Kapil Sibal, appearing for the DMK leader, said he did not want a CBI probe and would rather seek an impartial investigation.
“Let the high court examine the (inquiry) report. Without going into the details of the matter, we request the high court to look into the reports submitted there and pass an appropriate order after examining the report…We set aside all the observations that will not come in the way of the fresh consideration of the matter,” the bench said.