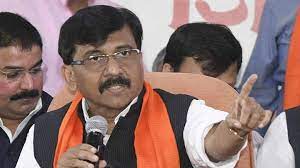 Shiv Sena president Uddhav Thackeray was denied permission to meet jailed party MP Sanjay Raut and asked by authorities to take court approval for meeting him in the prison, a senior jail official said on Wednesday.Raut, arrested in early August in a money laundering case linked to alleged irregularities in the redevelopment of a Mumbai ‘chawl’ (old row tenement), is currently lodged in the Arthur Road jail in central Mumbai.According to the senior Arthur Road jail official, a few days back, a person claiming to be a representative of Thackeray had phoned the prison administration and said the Sena chief wanted to meet Raut, his close aide, in the jailer’s room.However, jail authorities denied the former chief minister nod for a meeting with the 60-year-old Rajya Sabha member and asked his representative to take court’s consent for the same, he said.