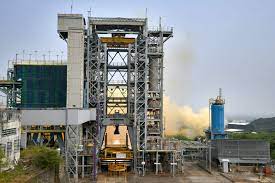 Chennai : As a spin-off of Space technology, the Indian Space Research Organization (ISRO) has developed an intelligent artificial limb likely to be commercialised soon,expectedly cheaper by about ten times, benefitting above knee amputees to walk with a comfortable gait. These ‘Microprocessor-controlled Knees (MPKs)’ offer extended capabilities for the amputee than those offered by the passive limbs that do not use the microprocessors.Thus far, a 1.6 kg MPK has enabled an amputee to walk about 100 m in the corridor with minimum support and efforts are underway to improvise the performance, ISRO said on Friday.These smart MPKs are being developed by Vikram Sarabhai Space Centre (VSSC), ISRO under an MoU with the National Institute for Locomotor disabilities (NILD), Pt.Deendayal Upadhyaya National Institute for Persons with Physical Disabilities (Divyangjan) (PDUNIPPD (D)), and Artificial Limb Manufacturing Corporation of India (ALIMCO).