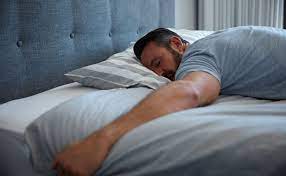 Poor quality sleep, including too much or too little shut eye, daytime sleepiness, and snoring, may be linked to a heightened risk of developing irreversible sight loss (glaucoma), UK-based researchers have warned in a study published in the open access journal BMJ Open.Those with glaucoma tended to be older and more likely to be male, an ever smoker, and to have high blood pressure or diabetes than those who weren’t diagnosed with the disease, the findings showed.The findings underscore the need for sleep therapy in people at high risk of the disease as well as eye checks among those with chronic sleep disorders to check for early signs of glaucoma.Glaucoma is a leading cause of blindness and will likely affect an estimated 112 million people worldwide by 2040.”As sleep behaviours are modifiable, these findings underscore the necessity of sleep intervention for individuals at high risk of glaucoma and potential ophthalmologic screening among individuals with chronic sleep problems to help prevent glaucoma,” the researchers noted.

Tags:Poor quality sleep may put you at high glaucoma risk