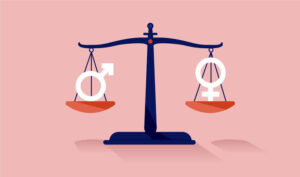 The Centre is set to roll out a nationwide campaign on Friday to sensitise women, especially in rural areas, about gender-based violence and make them aware of various institutional mechanisms available to help them.
‘Nai Chetna’, the month-long campaign envisioned as a ‘Jan Andolan’ (people’s movement), will be launched by Union Minister for Rural Development Giriraj Singh at an event here to mark International Day for Elimination of Violence Against Women and Girls.
“It is sad that a large number of men and women still consider gender-based violence normal. Such a perspective needs to be changed.
“To bring the change, we are going to start a month-long campaign against gender-based discrimination and violence with a focus on rural areas,” Rural Development Ministry Secretary Nagendra Nath Sinha told reporters on Thursday.
“It is a people’s campaign, triggered and mobilised by the (Union) government. The idea is to bring the issue of gender-based violence in focus and make women aware of their rights and mechanism available to help redress their grievances,” he added.