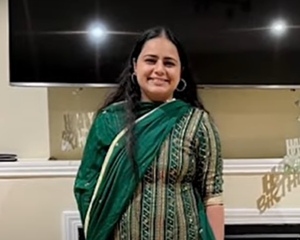 Toronto, Dec 9: The parents of a 21-year-old woman from Punjab, who was shot dead at a gas station in Canada, say they regret sending her to the country and want justice for their daughter. Pawanpreet Kaur, a resident of Brampton, died after being shot multiple times outside a Petro Canada gas station in Mississauga on the night of December 3. “We just want justice for our daughter. We won’t get our daughter back, so we just want the killer to be found. The daughter we raised will never come back to us,” Devinder Singh, Pawanpreet father, told Omni Punjabi channel. Pawanpreet left for Canada on a student visa when she was 18. “There is a craze in India for everyone to send their children to Canada, so we also sent her,” a choked Singh said, adding that they had planned to settle permanently in Canada with their daughter. The news of their daughter’s death was broken to them by their relatives in Brampton. “We regret sending her off to Canada,” Pawanpreet mother Jasveer Kaur told Omni Punjabi.