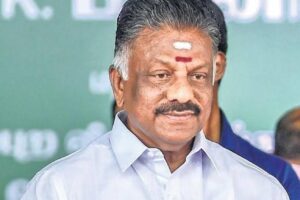 However, his faction was willing to support the BJP candidate in the by-election if the national party wanted to contest.
Asked if his decision, especially with Palaniswami already making it clear that his dominant faction is keen on seeking electoral fortunes from Erode East segment, could cause confusion among the party members and electorate, as well, Panneerselvam replied “it is he (Palaniswami) who is creating confusion. Ask him.” He claimed that the party’s Two Leaves symbol was with him as the Election Commission of India still recognised him as coordinator of AIADMK. His party would accept any symbol allotted by the ECI in case the party symbol could not be retained, he said in reply to a specific query.