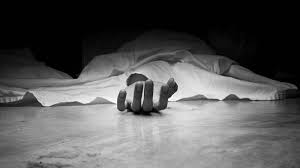 Chennai: At least ten people were killed and more than 15 others were injured when the mini van in which they were travelling plunged into a deep valley in Tiruppathur district of Tamilnadu on Saturday afternoon.

Reports received at the police headquarters here said so far ten people have died in the mishap.

More than 15 people, who sustained injuries, were rescued by police and fire service personnel and were rushed to Tiruppathur Government hospital for treatment, where the condition of some of them was said to be serious.

The driver of the van lost control of the vehicle after it hit an electric pole and plunged into the valley.

More than 30 people from the hilly Madurapuliyur village were on their way to a temple festival at Sembarai village when the mishap occurred.

The deceased were mostly women and included a mother and her two girl children.

Based on initial reports, which said six people died, a press release issued by the government said Chief Minister M K Stalin expressed grief and sorrow over the mishap and announced a solatium of Rs two lakh to the families of the six deceased and Rs 50,000 each to about 22 people who sustained injuries.

However, the number of deaths rose to ten with four more succumbing in hospital.