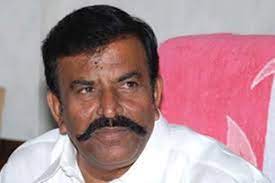 Chennai: Tamilnadu Municipal Administration Minister K N Nehru has justified the hike in property tax in the State failing which the Central funds to the tune of Rs 15,000 crore would not be released.
However, BJP State president K Annamalai has refuted this claim.

Talking to reporters in New Delhi, he said the hike was done based on the recommendations of the 15th Central Finance Commission to ensure that the State get its share of funds from the Centre.

‘Funds to the tune of Rs 15,000 crore will not be released if the hike was not done, and development works will be affected,’ he said, adding, the revision was applicable to all the States.

He said despite the hike, which was made in such a way that it did not impact the poor and middle class as advised by Chief Minister M K Stalin, the tax rate in Tamilnadu was the lowest in the country when compared to other States, where it was 50 to 100 per cent higher.

The Minister also had a dig at Leader of the Opposition in the State Assembly and AIADMK co-coordinator Edappadi K.Palaniswami terming the hike by the ruling DMK as a ‘trailer’ and more ‘bumper prizes’ were in store for people.

Nehru said the previous AIADMK government had proposed a 200 per cent hike for all sections in 2018 and held it back because of the election.
He said now the tax was raised more for the rich and to a lesser extent for the poor and the hike was based on a slab system.

Meanwhile, Annamalai said the Centre has not given any such instruction to increase property tax hike.