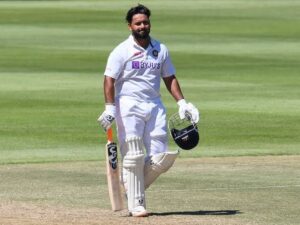 India’s famed pace bowling unit for the umpteenth time put its team in pole position, bowling out England for 284 before the hosts just about managed to put a foot in the door by getting the top-order cheaply in an engrossing third day’s play in the fifth Test.

At stumps, India were 125 for 3 in their second innings with Cheteshwar Pujara (50 batting, 139 balls) displaying his gutsy avatar with a half-century, battling it out in the company of the flamboyant Rishabh Pant (30 batting, 46 balls). The overall lead stood at 257 runs.

Kohli, as usual, got the best delivery of the entire third day’s play when rival skipper Ben Stokes got one to rear up off length and no batter would have survived such a delivery with less than split second of reaction time.