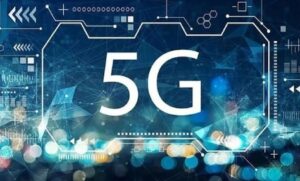 The auction for the 5G telecom spectrum has garnered bids worth Rs 1,49,454 crore at the end of the second day and resumed with tenth round of bidding for airwaves that would power lag-free connectivity and ultra-high speed internet.
A comparison of the two-day figures shows that the 5G spectrum auction fetched Rs 71,639.2 crore more than the 4G spectrum auction of 2021. In percentage terms, it is 92.06 per cent higher.
Wednesday saw five rounds of the auction, taking the total rounds to nine. Earlier it was expected the auction would be completed on the second day – Wednesday. The bids received so far are almost double the amount received for the 4G spectrum auction in 2021. The 4G spectrum auction in March 2021 fetched Rs Rs 77,814.80. The auction in 2021 was concluded in two days. Giving updates about the second day of the auction, Union Minister of Communications, Electronics and Information Technology Ashwini Vaishnaw on Wednesday said: “700 MHz has seen a good response, it has been sold this time. Good response in other low and mid bands as well.”