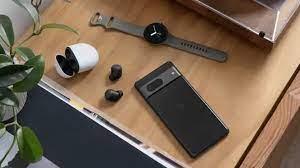 Google will announce new Pixel 7 smartphones with second-generation chip as well as the Pixel Watch on October 6.Called ‘Made by Google,’ the hardware launch event will see new devices as shown by the company at its I/O developer conference earlier this year.”It’s all coming together. Join us live for MadeByGoogle on October 6. Sign up for updates and add to your calendar,” Google said in a tweet.Google has confirmed Pixel 7 series will run on second-generation ‘Tensor G2′ chip.The Tensor chip was built in partnership with Samsung, enhancing Exynos-like processors with Google’s machine learning prowess.According to 9to5Google, on the updated magazine page for the Pixel 7, there’s now a reference to the “Google Tensor G2” chip.It is likely that the Tensor G2 chip will also arrive in next year’s Pixel 7a as well as in a rumoured Google foldable device.Tensor G2 will allow Pixel 7 and Pixel 7 Pro to “bring even more helpful, personalised features to photos, videos, security, and speech recognition.”The Pixel Watch will come with a circular, domed design and features a “tactile” crown and side button.Made of recycled stainless steel, the watch will run Wear OS 3 that features a “refreshed UI” with better navigation and smart notifications.