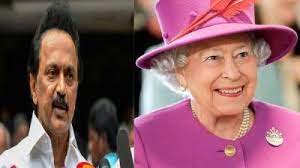 He said, ‘Deeply pained by the demise of HM Queen Elizabeth II, the longest-reigning monarch of the United Kingdom.

After a reign spanning seven decades, 15 Prime Ministers and several major turning points in modern history, the second Elizabethan era has come to an end.

Queen Elizabeth II will be long remembered for her dignity, decency in public life and her unwavering commitment.

My sincere condolences to @RoyalFamily, the people of UK and everyone around the world mourning the demise of one of the greatest monarchs of all time.’