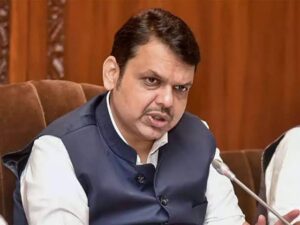 Maharashtra Deputy Chief Minister Devendra Fadnavis on Thursday countered Shiv Sena chief Uddhav Thackeray’s suggestion that the Bharatiya Janata Party and the Eknath Shinde faction of the SS resign and face civic and Assembly polls ”within a month”.
Speaking to reporters at the airport here, Fadnavis asked if Thackeray’s legislators had resigned and faced the electorate afresh after he broke the alliance with the BJP post the 2019 Assembly polls and joined hands with the Nationalist Congress Party and the Congress.
Queried on raids by the Maharashtra Anti-Terrorism Squad and arrests of 20 Popular Front of India (PFI) activists across the state during the day, Fadnavis said it was coordinated action by the agency and it would not be appropriate to speak on it now.