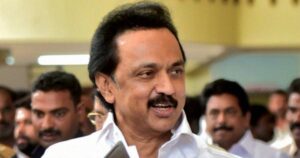 The revised draft Indian Ports Bill, 2022, in the present form, will stifle State-specific initiatives by imposing a centralised regulatory regime on non-major ports, Tamilnadu Chief Minister M K Stalin claimed on Thursday.
Strongly objecting to other centralising provisions in the draft Bill that he said encroaches upon the powers of the maritime States/Maritime State Boards, Stalin opined, “the Indian port sector needs less centralisation and less regulation, not more.”
In a letter addressed to Prime Minister Narendra Modi, a copy of which was made available to the media here, he sought Modi’s “kind intervention to ensure continued growth of non-major ports by increasing the ease of doing business with minimum government and maximum governance.”
On the long-term impact of the revised Bill’s intent to centralise and regulate the sector now administered by State governments, Stalin said, “Even though some of the suggestions from maritime States and other stakeholders have been accommodated, I am afraid the revised draft Bill still largely continues to ignore international and domestic experience that ports are best managed by local and regional governments.”