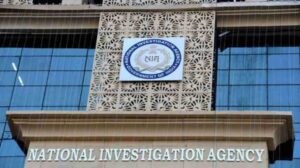 The National Investigation Agency (NIA) has claimed that the documents seized during the nation-wide raids conducted at offices of Popular Front of India (PFI) and its leaders contain highly incriminating materials targeting prominent leaders of a particular community.In a remand report submitted before the NIA special court here seeking custody of 10 people in connection with a case registered here, the agency alleged that the radical Islamist outfit encouraged youth to join terrorist groups including Lashkar-e-Taiba and Islamic State of Iraq and Syria (ISIS).The report, which was submitted on September 22, also claims that the outfit conspired to establish Islamic rule in India by committing terrorist act as a part of violent jihad.It said the PFI spreads “dis-affection against India by wrongful interpretation of government policies to the particular section of people” to create hatred against the state and its machineries.