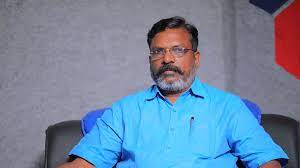 Chennai, Sept 27: CPM, CPI and VCK would be holding a human chain on Gandhi Jayanti, 2 October, across the State in protest against BJP-RSS hate politics.

Addressing a press conference, VCK president Thol Thirumavalavan said that RSS which was accused of killing Mahatma Gandhi has chosen Gandhi Jayanti day for holding rallies at 50 places in the state.

“Why did they choose Gandhi Jayanti for holding the rallies? They choose Dr Ambedkar’s birthday for demolishing the Babri Masjid. There is a political motivation for it. We fear they want to create communal tension. Tamil Nadu is known for communal harmony. No violence happened even when the Babri Masjid was demolished. They wanted to incite communal violence in the state,” he said.

Tags:2 octoberacross the State in protest against BJP-RSS hate politics.CPI and VCK would be holding a human chain on Gandhi Jayanticpm