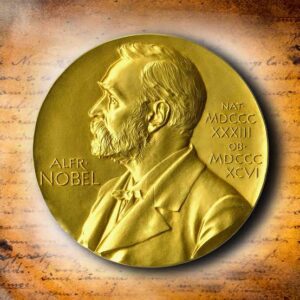 The Nobel Peace Prize 2022 have been jointly awarded to Ukrainian, Russian and Belarusian civil rights campaigners, the Norwegian Nobel Committee said in a statement on Friday
The recipients of the award are human rights advocate Ales Bialiatski from Belarus, the Russian human rights organisation Memorial and the Ukrainian human rights organisation Center for Civil Liberties.
According to the Committe, Bialiatski was one of the initiators of the democracy movement that emerged in Belarus in the mid-1980s.
He founded the organisation Viasna (Spring) in 1996 in “response to the controversial constitutional amendments that gave the president dictatorial powers and that triggered widespread demonstrations”, says the statement.
Viasna provided support for the jailed demonstrators and their families. In the years that followed, Viasna evolved into a broad-based human rights organisation that documented and protested against the authorities’ use of torture against political prisoners.