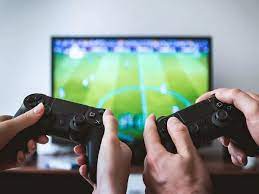 Google Play Games has recently been launched in open beta in the US, allowing anyone to try out a selection of Android games on PC.According to The Verge, earlier this month, Google launched an initial beta of the software on Windows PCs but it was limited to Hong Kong, South Korea, and Taiwan.The recent launch sees the beta service expand to the US, Canada, Mexico, Brazil, Indonesia, the Philippines, Malaysia, and Singapore.Available games include ‘1945 Air Force’, ‘Blade Idle’, ‘Cookie Run: Kingdom’, and ‘Evony: The King’s Return’. The app will even sync progress between PCs and mobile so you can continue where you left off on different platforms, reported The Verge.While Google continues to add titles to the Play Games catalog, there are only 85 games available worldwide on the service right now.